The US Environmental Protection Agency (EPA) has approved a variety of pathways for renewable fuel derived from sorghum as part of the Renewable Fuel Standard (RFS) programme. This includes the use of sorghum to produce biodiesel. 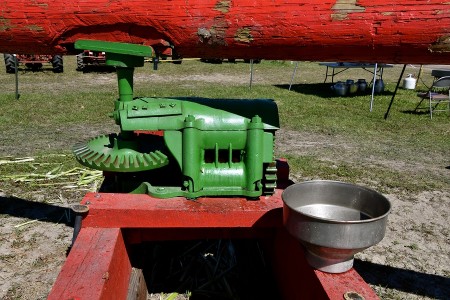 “Today’s approval sets the stage for more homegrown fuels under the Renewable Fuel Standard and adds diversity to our mix of biofuels in the US,” said Wheeler.

“This is a win for American sorghum farmers and biofuel producers alike.”

These pathways meet the greenhouse gas emissions reductions requirements to qualify to generate credits or Renewable Identification Numbers (RINs) for biomass-based diesel and advanced biofuels under the RFS program, according to the EPA.

For many, the EPA’s decision is seen as offering a significant boost to US farmers who are struggling as a result of various international trade disputes.

“Approving the pathway is long past due, and I applaud Administrator Wheeler for acting quickly to finalise the pathway after assuming leadership of the agency. It is critical for EPA to recognise the challenges faced by farmers and ranchers and to make certain it pursues biofuel policies that will benefit rural America.”

Perhaps unsurprisingly, the new pathway has also been warmly welcomed by the US biofuels industry.

“This is long over-due and very welcome news for the renewable fuels industry,” said Emily Skor, CEO of major representative for the US ethanol industry, Growth Energy.

“Growth Energy, our member plants, and the National Sorghum Producers have been working side by side and pushing hard for this change for more than five years. We are thrilled to see our efforts become a reality for numerous ethanol producers using grain sorghum to produce ethanol, and for the opportunity to open up additional markets in a struggling agricultural economy.”